The idea for this plate was in my mind for weeks now.
Yesterday we finally had some times to give it a try.
But the day started with a migraine. some thing I really needed I just could find in my studio, and somehow I had the feeling the day would not bring the success I wanted.
After I finally packed my car and it started raining. (a LOT)

After half an hour we headed to the location I had in mind, parked my car
and started unloading all the stuff we needed.
Within3 minutes the forest police arrived....
I was not allowed to park my car at that spot and he wanted to write me a ticked of 90,= euro!!.
After some talking and explaining what our plans were, he was so
kind to give me a warning...pfoeee.
While Ferry putted on his special trousers I taped the tea pot and cup on the tray ( just in case..).
After some struggling with the depth of the lake (Ferry needed to find a place where to stand)
and setting up the camera we finally were ready to start making some plates.
The weather was HORRIBLE (for a photographer). At one moment nothing but sun and a minute later we had clouds. and lot's of wind, so difficult to hold still the camera.
That went on the whole afternoon.
So it was extremely difficult to judge the exposure.
So we started at 11:00  and stopped at 16:00 hours.
During the day MANY people stopped and watched us wondering what the hell we were doing and what Ferry was doing in the muddy water....
Ferry, as patient as he always is, explained the process more than ten times during that afternoon.
Made about 7-8 plates without the wanted success.
I did not achieved what I had in mind.
But I just wanted to share you this little story.
Just to show you how steep the way to success can be.
We will have to do this shoot once again, but with pleasure again.
"Tea for two...." 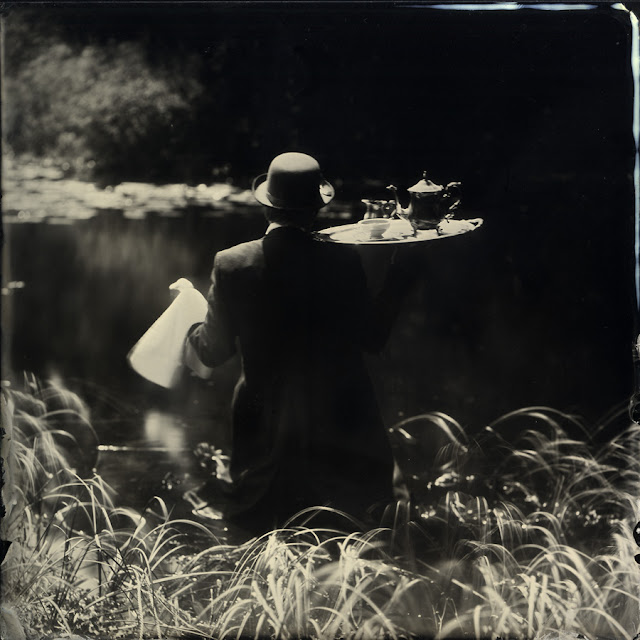 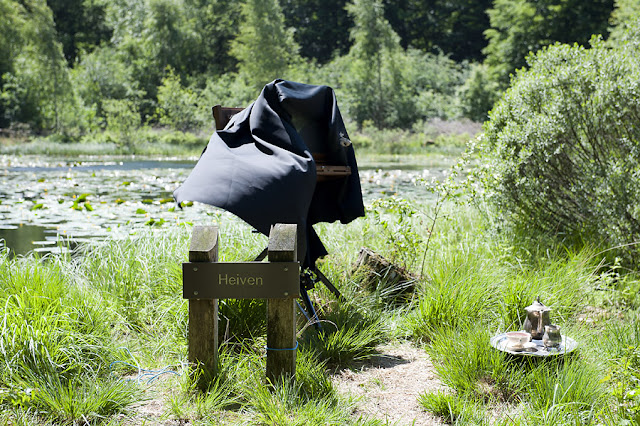 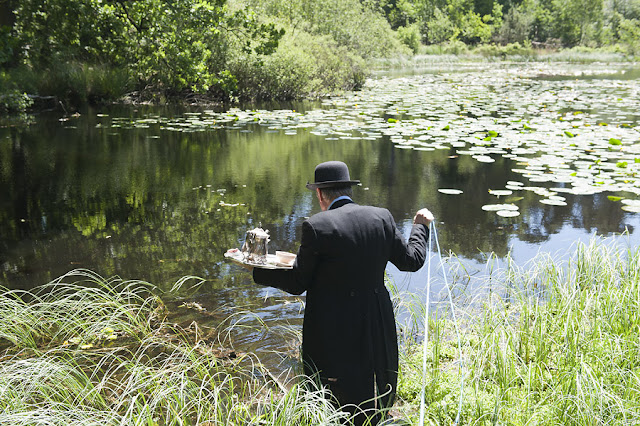 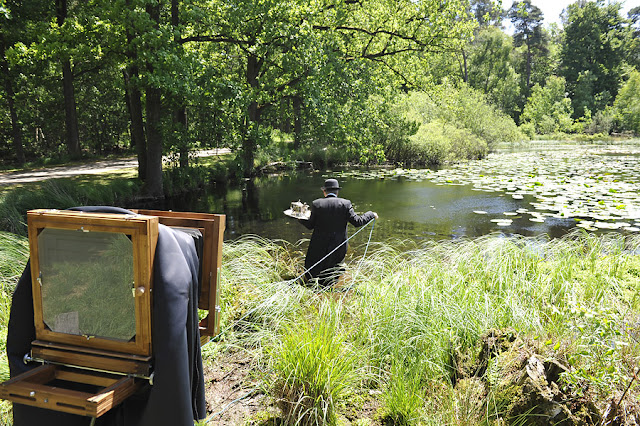 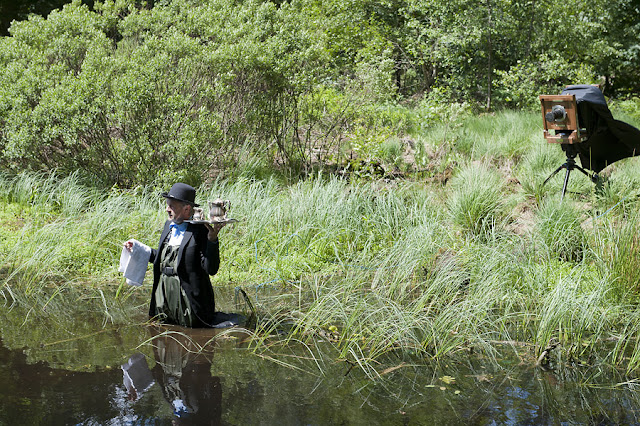