Recently I bought Amaloco x-89 rapid fixer as I was wondering if it would work with Collodion. Well it did, and I was surprised by the result.
Is it a scientific test. NO !  but I tried to show you the differences using three different fixers.

The result ? Well they are close to each other. The KCN gives a bit more yellow look.
Can you call it warmer ? Maybe, but the differences are really close.
Different kind of varnish will have much more influence on the color than the fixer itself

The other two show a little bit more magenta/red tone. But again, it's close.

Just one remark. It looks like the KCN also has a bit influence on the exposure ???!!!
It looks just a tad brighter.

If you make two identical pictures (which is almost impossible with collodion) and you lay them side by side you might notice some difference. But when showing just a single plate for me it is almost impossible to tell wich fixer was used.
So, do you really need KCN to get the famous "coffee and cream" color?. NO!
They only downside is when using a rapid fixer or hypo is that you need a longer washing time for your plates as these two chemicals dissolve less easy in water.
So when working in a studio there is no need at all to use KCN

First I pre cutted a plate so it was easy to break it after the developing stage. 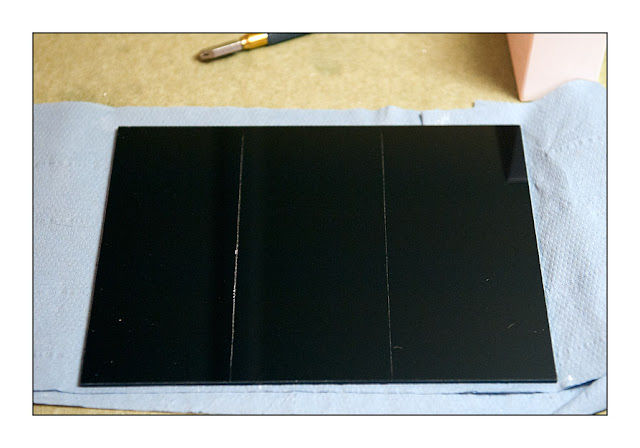 Three fixers. from bottom to the top : Amaloco, KCN, Natrium 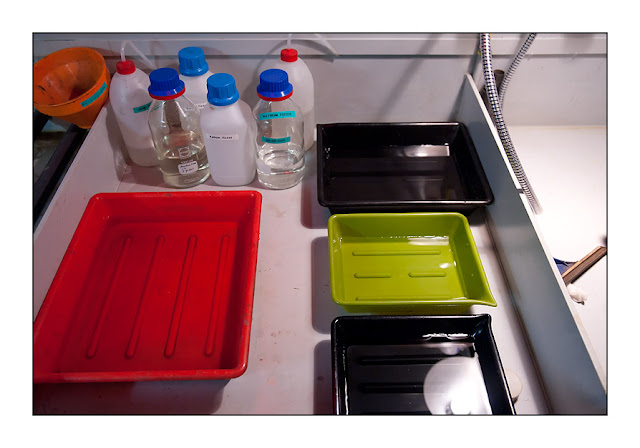 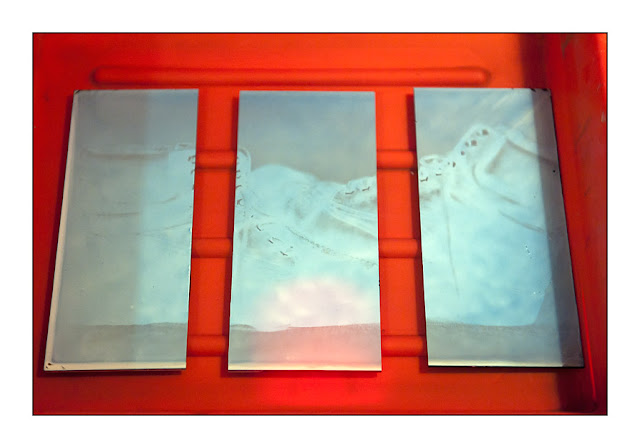 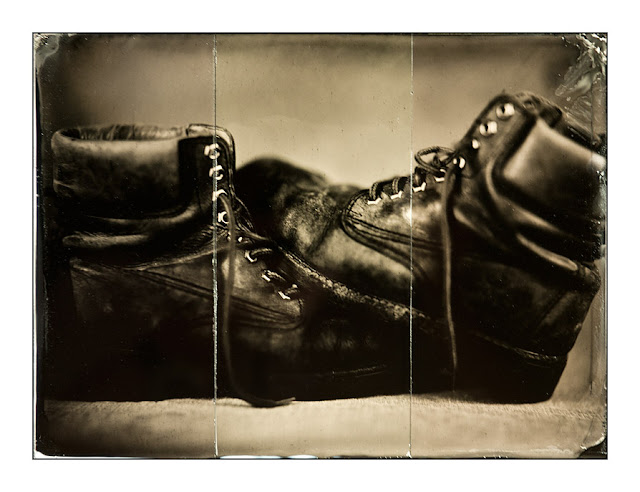 When dry the difference is even closer. 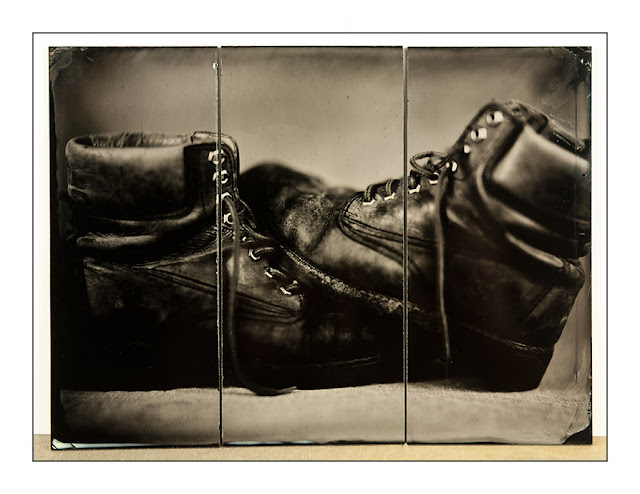