When I arrived at home yesterday evening I barely could walk anymore.
The four days at Unseen were exhausting but also in one word : FANTASTIC!!
The day after such great days feels horrible.
A few months ago Arjen Went and Manon Navarro, owners of the Tintype Studio at Amsterdam, invited me to join them during THE Dutch photographic event, Unseen.
4 long days making wet plates, explaining the wet plate process over and over, meeting great people from all over the world.
It felt like a marathon but was even better than a 2 weeks holiday!
And we were lucky with the weather. Every day the temperature was great and nothing but sun!
And working with Manon and Arjen was an honor. What a lovely couple!
Pictures were made by Arjen, my daughter Lisa and me 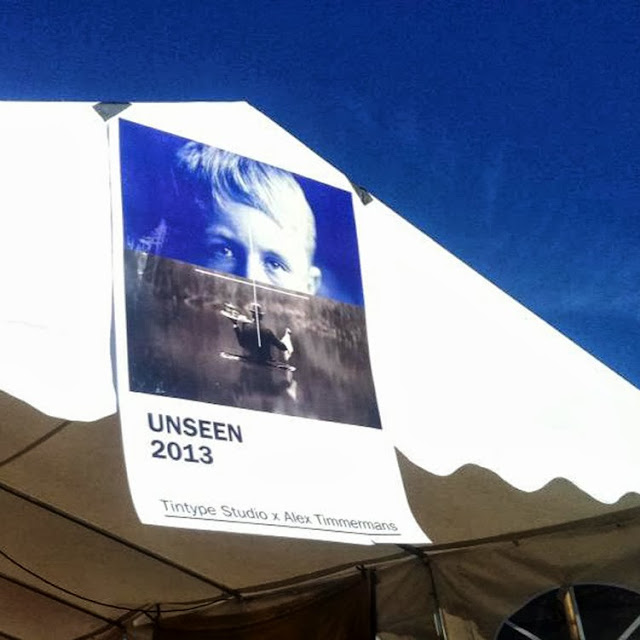 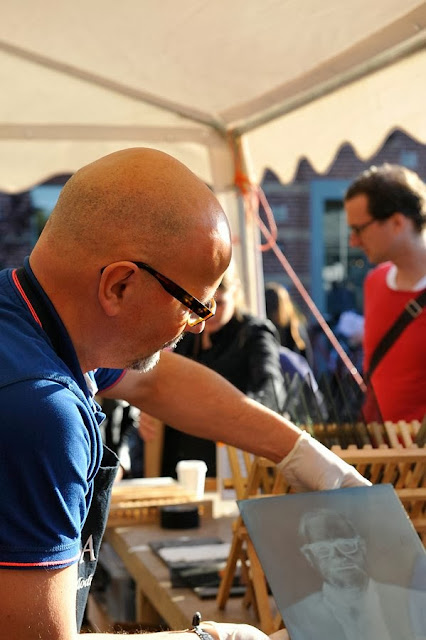 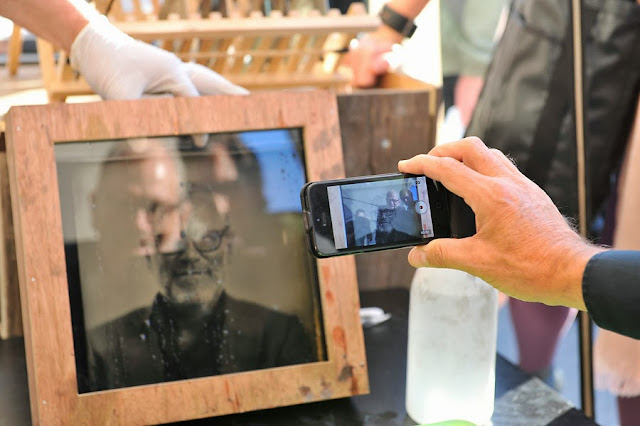 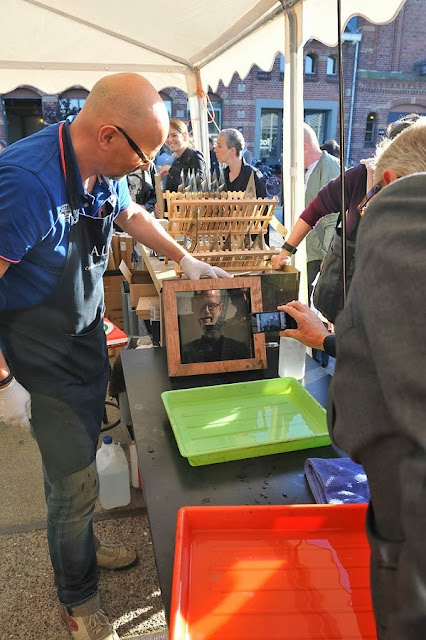 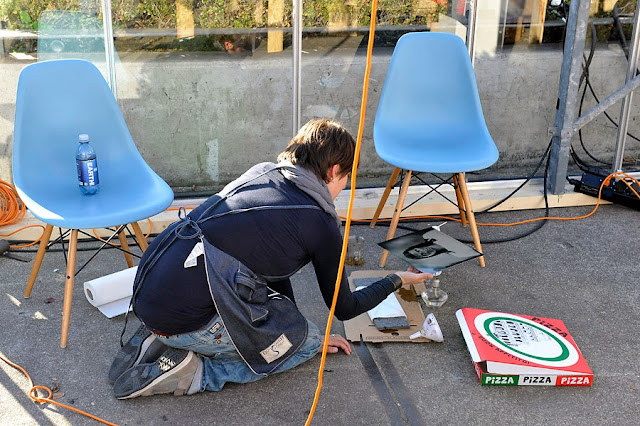 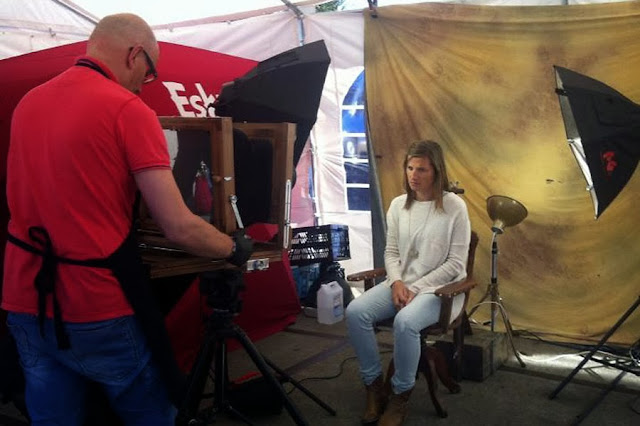 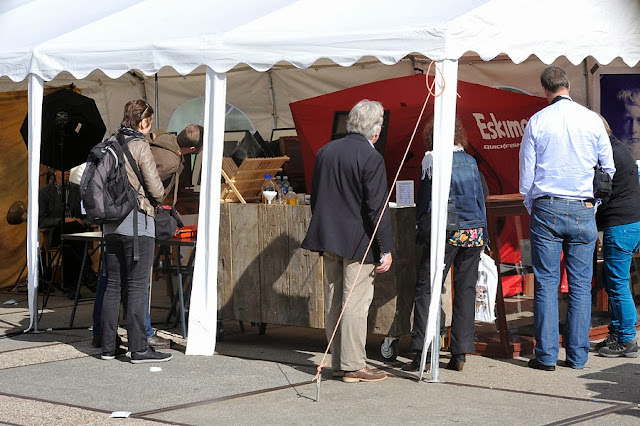 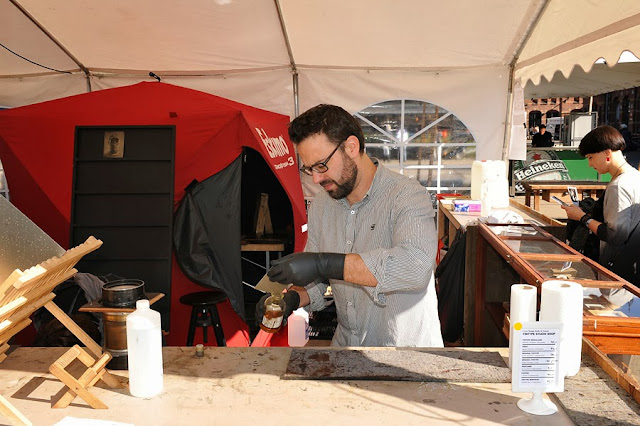 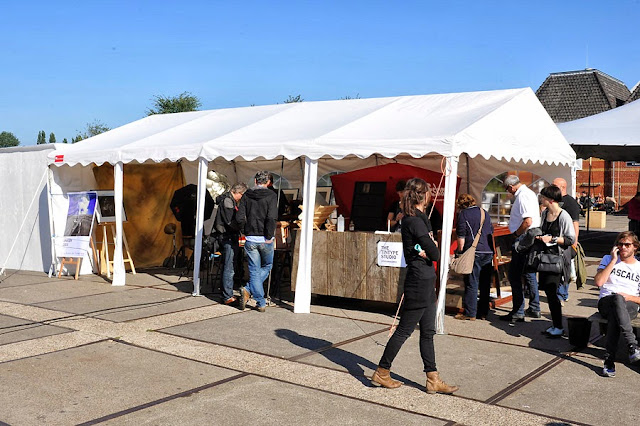 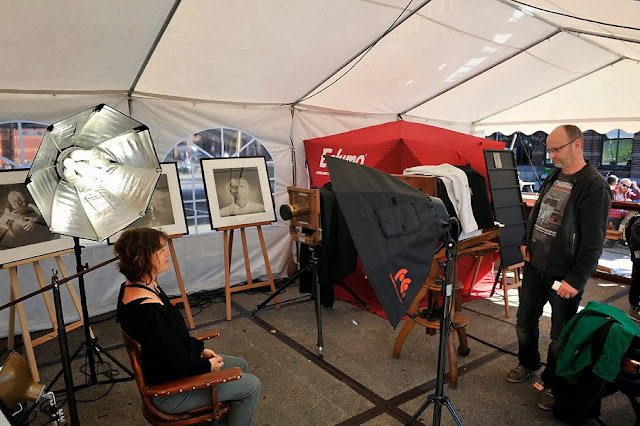 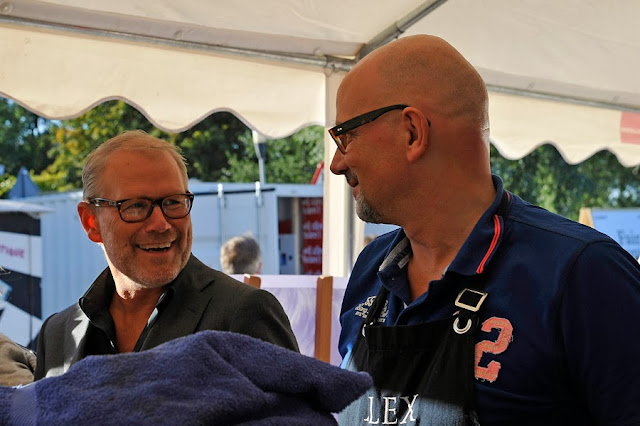 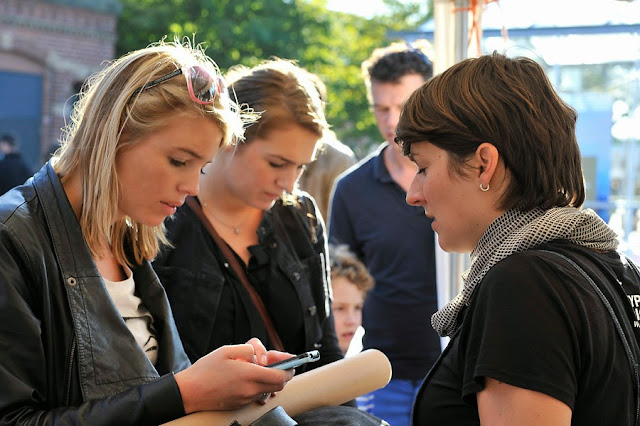 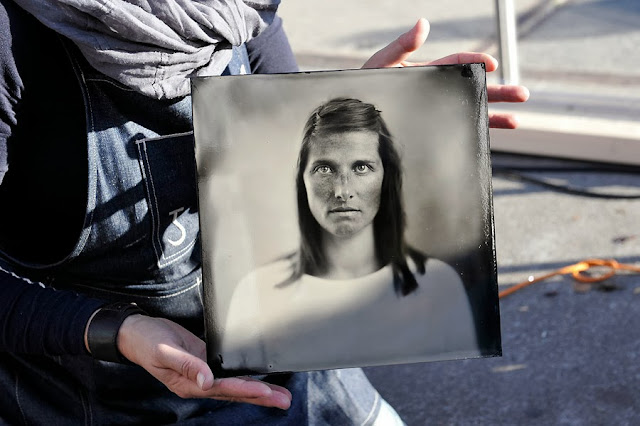 I am honoured that I was invited to work together with two of the most creative wet platers I know.
Manon Navarro and Arjen Went.
During the Unseen photo art fair edition 2013we will demonstrate
the beautiful collodion wet plate process and show our work.
Interested in having an original wet plate  portrait made by us? Just visit us during Unseen!
I am really looking forward to this event!

For more info you can always check: http://www.unseenamsterdam.com/festival-sqaure-initiatives 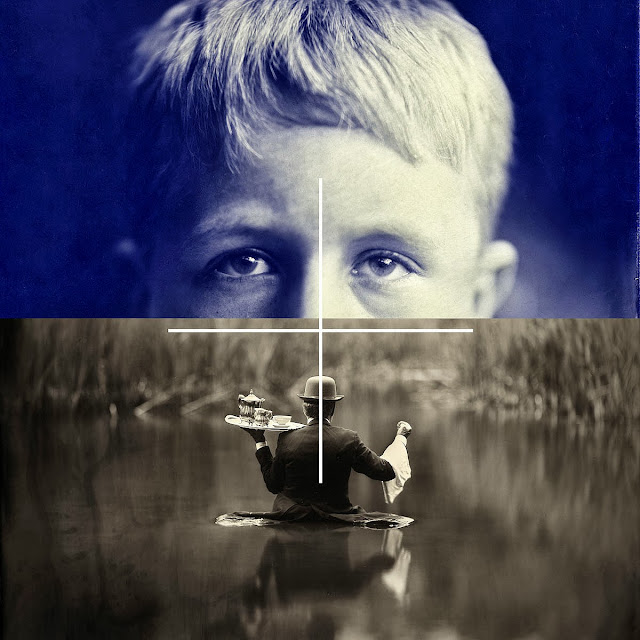 Here's another one from yesterdays shoot with Shaunah. 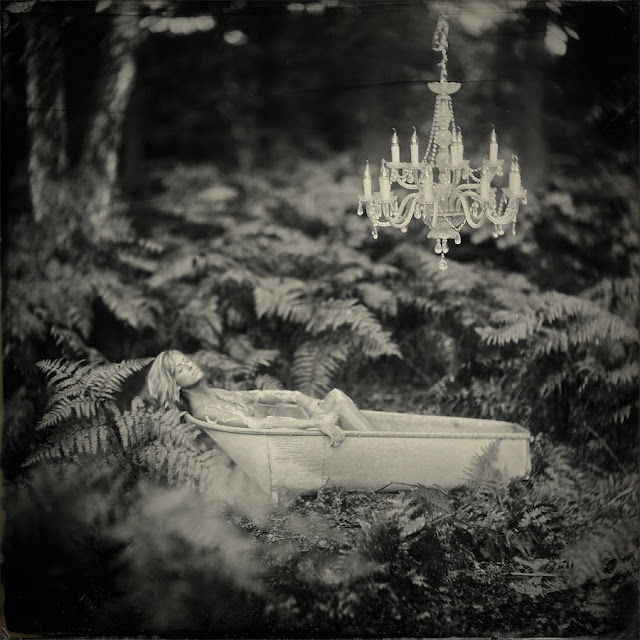 After some weeks of silence we finally had time to make the plate which was in my mind for months already. It's like making a puzzle. I start collecting the things I want to use and when all pieces are in the right position I am able to make it.
Just call it a "mind mood board".

Unfortunately there are always things which goes wrong during the very last minute.
I wanted the chandelier which I bought months ago working.
But after plugging it in only two bulbs were working.... All the other 13 were broken.
So we hurried to a local shop, bought 16( one spare) new bulbs and we managed to got it working.
Second problem. The spot we located in the garden for the shoot was about 150 meters from the house.... no power at the location. We used 6 long cable reels to solve that "little" problem.
So later than I expected I was able to make my first plate. I can tell you that one was spot on.
Perfect exposure, clean plate, the pose was perfect, the light was superb.
But..... we were so enthusiastic that we forgot to remove the two buckets which
we have been using to fill the bath tub.
So  in the picture there were two nice white buckets next to the bath.    AAAAAAAAAAAAAAAARGH!!

The new plate came out just great. .
Unfortunately after a few hours it started raining.
Why does this always happens during a shoot?
It hasn't been raining for more than 2 weeks!!
But again, despite all little problems we had a fantastic shoot.
Many thanks to Shaunah ( the female model) for beings so patient, Ferry ( my friend, assistant and also model) and Bas Bakermans for hosting his garden again ( beautiful place!!)
26x26 ambrotype on aluminium
Dallmeyer 5a 22"at f 5.6
Exposure time 4 seconds 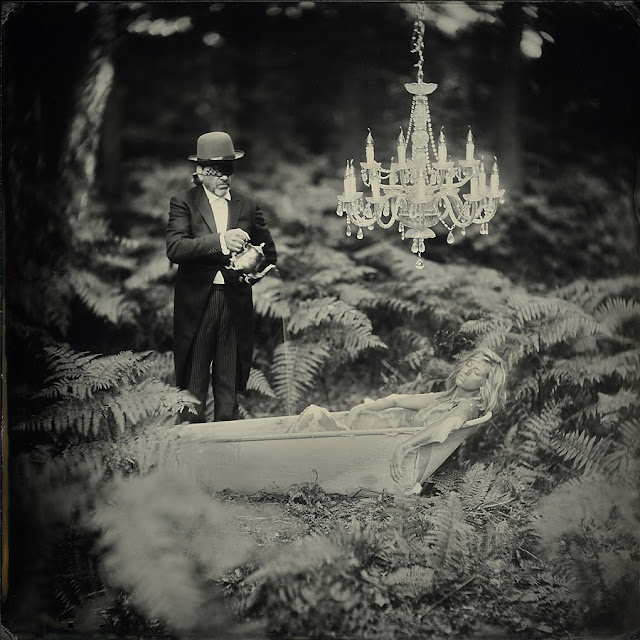 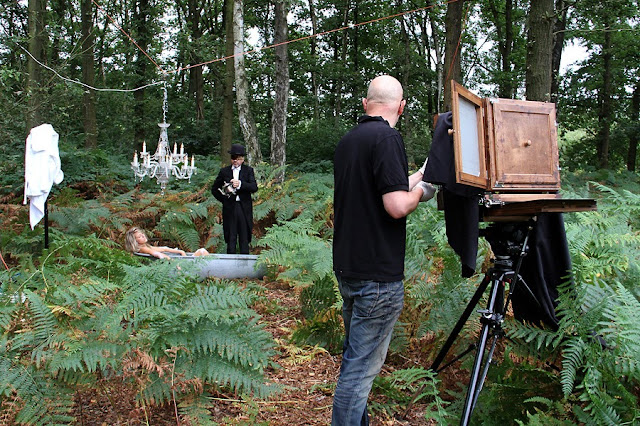 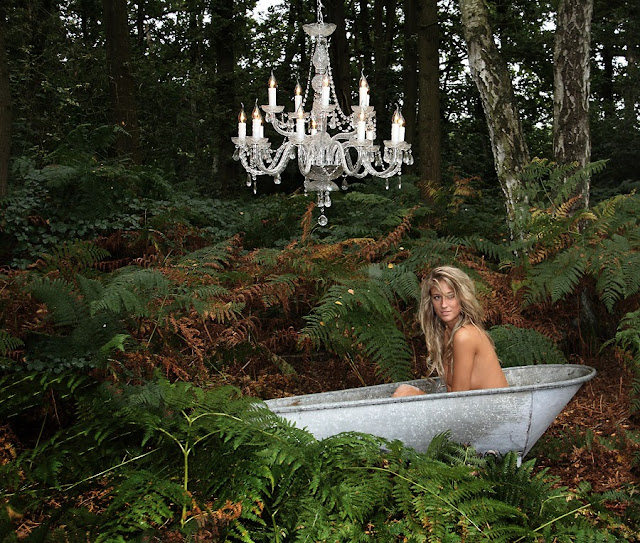 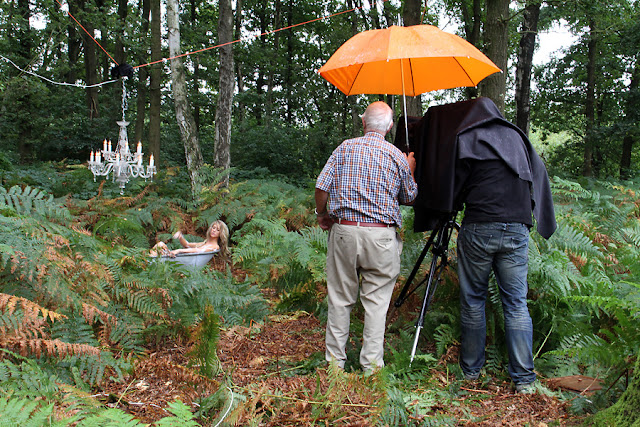