All from the start i have been using the plate racks made by IKEA.
Cheap and good. But when shooting larger plates and storing them in the IKEA rack it somehow became a little tricky
( because of the weight) as i mainly use 3mm glass.
Yesterday we were at Amersfoort ( beautiful place btw) and we entered a store called Dille & Camille.
I found there plate racks and i can say, they are MUCH sturdier than those from IKEA. Thicker wood and better build quality
They are selling 2 sizes and i bought the smallest one.
Still suitable for holding up to 13 plates which is more than enough for me.
Price ?  Euro 16,95.
Not as cheap as those from IKEA but still cheaper than making it yourself.
Here you can find the one i bought : http://www.dille-kamille.nl/nl/shop/c/113/a/3191/afdruiprek-rubberhout
Strangely they only sell the small one through the internet.
In the picture you see plates of  10,5" square. 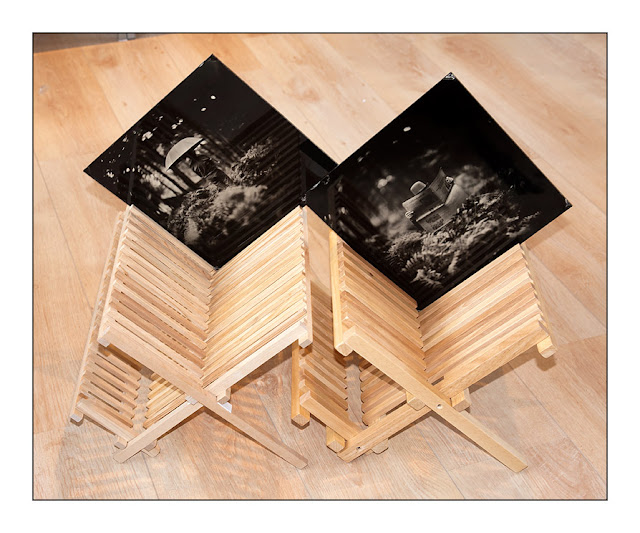