"The Hero's"
In the early days aero planes were flown by courageous men and woman.
Dressed in leather jackets and only protected by simple goggles and leather caps,
pioneers like Anthony Fokker and Louis Bleriot conquered the skies.
Their aircraft were skillfully made flying machines composed of wood, linen and steel wire.
Whilst flying, those ‘early birds’ wrote history and laid the foundation for modern aviation.
That is the soul I wanted to touch in my collodion photo called "HERO" 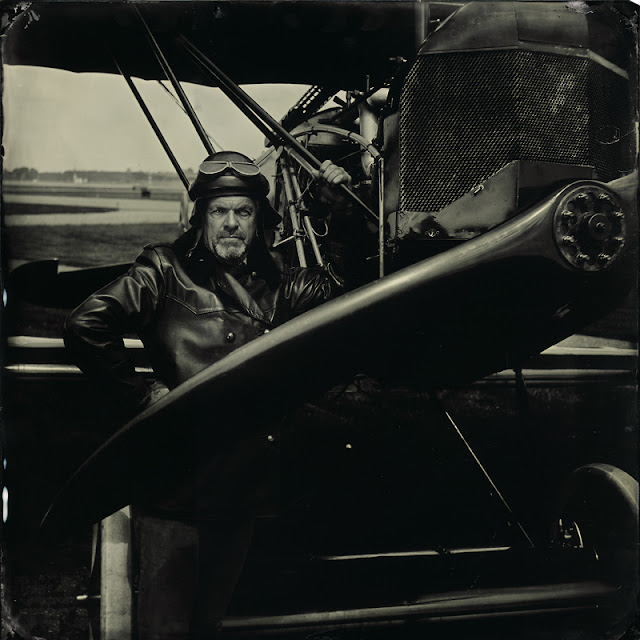 http://www.vroegevogels.org/nl/home
Peter van Hal arranged that we were allowed to "shoot" some of the most beautiful historical planes i have ever seen.
Peter, many thanks. We had a great day.
These plains, owned by the 92 years old Jaap van Mesdag and
maintained by a crew of the best mechanics.
All of them are as pasionated by planes as we are by wet plate photography. 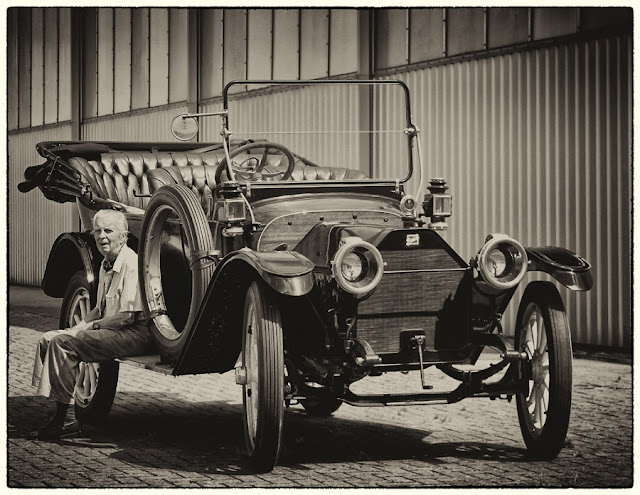 The owner, Jaap van Mesdag sitting on his beautiful Buick.
Picture made by ferry.
We had a beautiful day with loads of sun. But that sun was also the cause of many problems during the day.
At the beginning we suffered from fogged plates . It turned out that for me it was to much exposure
and Peter struggled with his silverbath.
My first plate showed a blue sky !! I have never seen that before and don't know the cause yet, but i really like the effect. 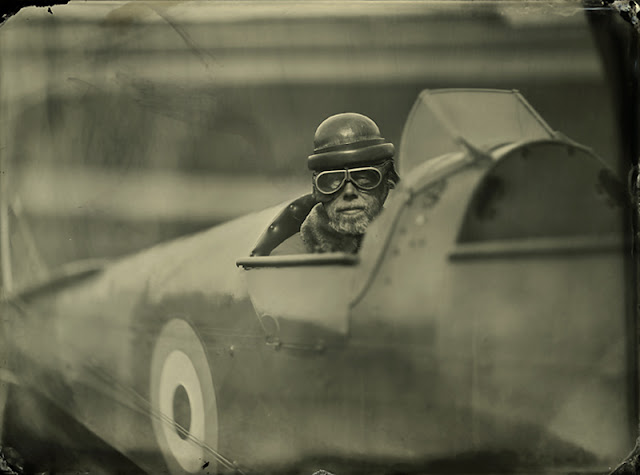 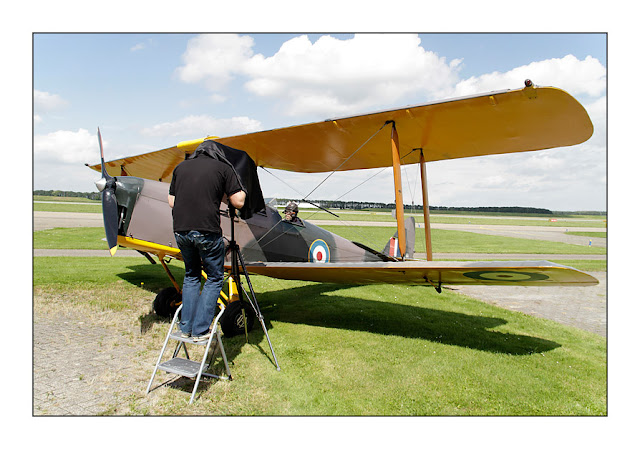 Me myself strugling to make a decent plate....
Made by Ferry. 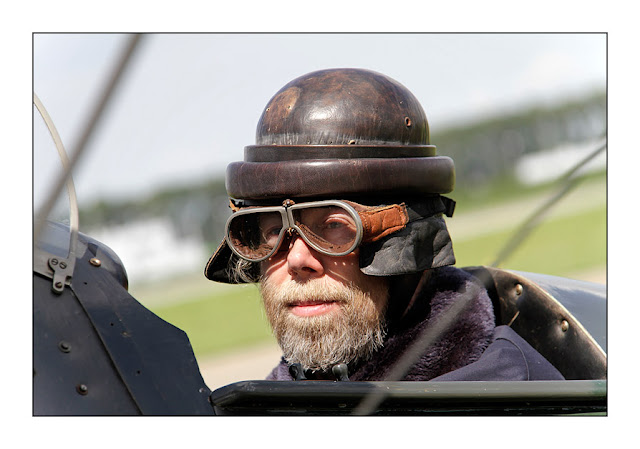 Our other model, Nico. One of the very passionated mechanics.
Made by Ferry. 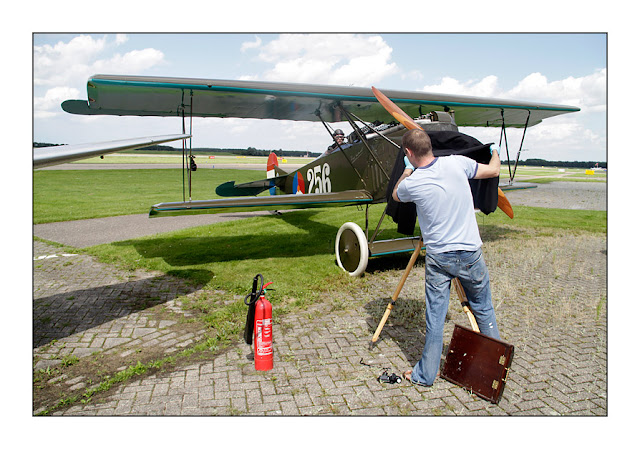 Peter van Hal at work.
Made by Ferry. 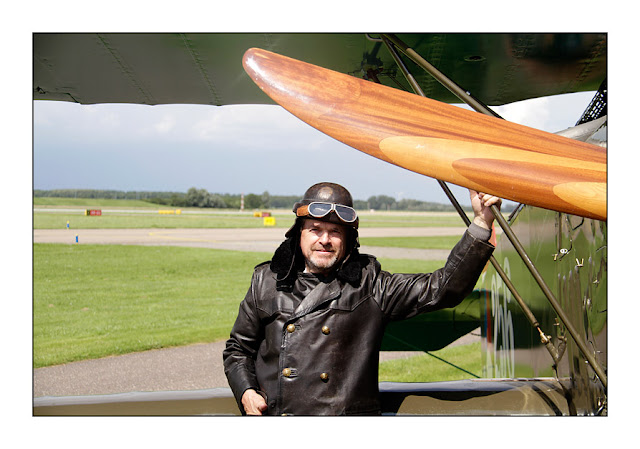 My friend and the model of the day : Ferry vd Vliet.
Made by me. 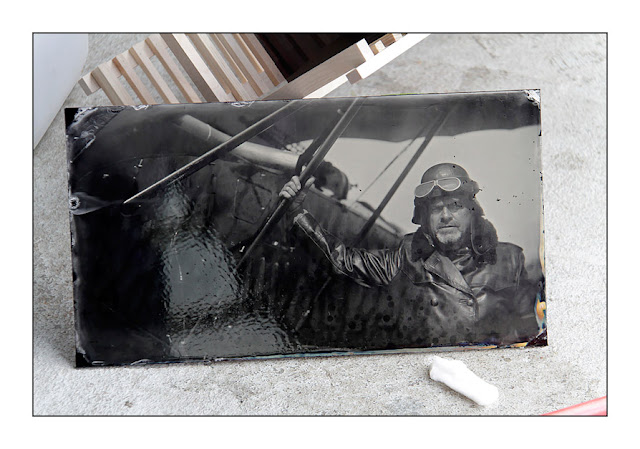 Beautiful plate made by Peter van Hal.
Made by Ferry. 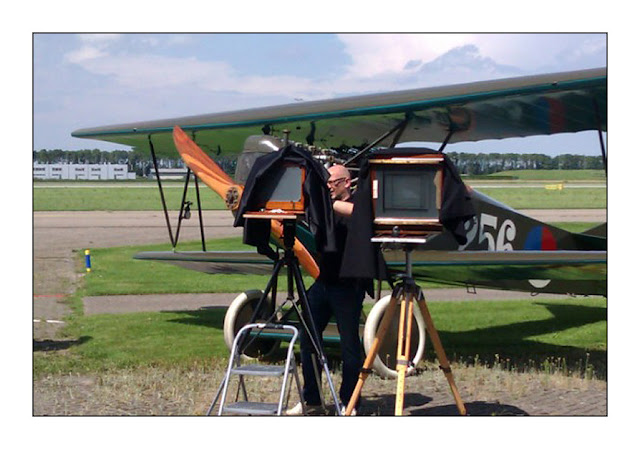 Made by Raewyn.
Posted by Alex Timmermans